If you have been to coffee shops, airports or railway stations. Most probably you are present in between wireless networks. WiFi is nothing but wireless LAN. Where LAN stands for Local Area Network. For those who don’t know what exactly a Local Area Network is. It is a group of connected devices that is restricted to a particular physical location. That physical location will be an office, home or building.

Moreover, a LAN can be small or large in the sense that it can range from home networks with one user to a larger enterprise with thousands of devices in an office. In many ways, WiFi is advantageous, first it removes all the hassle of the wires for connecting devices to the internet. Secondly, wireless LAN is easy to set up and economical.

Some folks confuse WiFi with the internet. The main difference between WiFi and the internet is that the internet is the data and WiFi is the wireless technology that sends these data through a medium which is air to the devices. Now is the time to understand how WiFi works and then we will jump to the  WiFi facts.

Even this process also works in a reverse way. Like the router receives the data from the Internet and then converts it into radio signals. And then it sends the radio signals to the computer wireless adapter. So now let’s jump into the WiFi facts:

1. The name Wi-Fi doesn’t mean anything:

The term Wi-Fi does not have any full form. It is a misconception among the people that even today many people think that, Wi-Fi has a full form of Wireless Fidelity. In fact, it is not. This misconception was unintentionally created by the WiFi Alliance ( the company that created the WiFi wireless technology) when they published the tagline with respect to WiFi that “The Standard for Wireless Fidelity”. This was done to make this technology more meaningful to its users.

As per the Statista website, the projected number of WLAN connected devices worldwide will be 22.2 billion by this year. This figure is sufficient to tell the popularity and mass adoption of the WLAN technology by people across the globe.

As I have told you earlier in this article, WLAN uses Radio Waves. In WLAN, radio waves carry the information over the air. The performance and range of the WiFi network are determined by the obstacles that come in their way. The range of the WLAN network depends on the operating frequencies of the router and here comes another fact next.

WLAN transmission occurs at a frequency of 2.4GHz or at 5GHz. These frequencies are in general much higher than those of cellular networks. In short, WiFi at 2.4GHz frequency travels more distance with lower speeds. On the other hand, 5GHz frequency provides faster speeds within the short distance range. Microwaves, baby monitors and garage door openers are examples of devices and appliances that use 2.4 GHz frequency for their operations.

5. There are several different kinds of WiFi:

So in this article, we have learned what WLAN is and how it works. Moreover, we have also looked at the five facts about WLAN networks that every one of us should know. Also please tell me in the comments sections what fact about WLAN you liked the most and why. I would love to hear from you. Thanks for reading the post and also share this post with your friends and family.

What is a computer system? And types of computers
Next Article 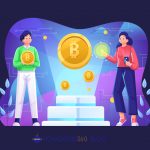 What is Cryptocurrency? Here’s What You Should Know
Leave a comment