In simple words, the term Virtual Reality(VR) is a simulation of an artificial Three Dimensional environments generated by a computer in which, a person can interact with the components of that environment with the help of specialized electronic devices. In Virtual Reality, a user is immersed into the virtual world with the help of a head-mounted device i.e. headset which usually used along with a high-quality pair of headphones. Some optional gears include hand controllers to treadmills that convert real-world movements to the movements in the artificial world. Now, let’s look at the history of Virtual Reality. What is Artificial Intelligence? Everything you need to know about AI
Next Article 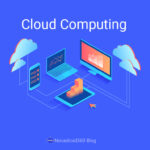