We will look on OLED display technology but before that let’s discuss old display technology. In Earlier days, whether it was computer monitors or television sets those electronics product used to be heavier. Plus, they used to take a lot of space. Those displays were CRT based displays.

Contents
What is an OLED?Pros and Cons of OLED Display:Pros:Cons:What to expect in Future?

CRT is short for Cathode Ray Tube; is an analog display device. In which the image is created by the sending three electrons beam over millions of phosphor dots which ultimately lights them.

When talking about colour CRT displays; It consists of various stripes of red, green, and blue phosphor dots arranged in an alternate fashion. And when electrons are sent to those dots various colours gets produced by the screen. 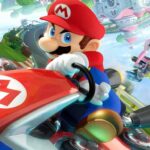 Get FREE Mario Kart And Legend Of Zelda Games; Know Details
Next Article