The term cloud indicates the network or the internet. In simple terms, the delivery of different types of services like storage, applications, analytics, networking, servers, etc. over the Internet is commonly termed as Cloud Computing. So this implies that let’s say instead of storing files and documents locally on the hard drive, we can store them on a Cloud-based Storage.

Such that, anybody with proper access rights can access those important files and documents. Just he/she needs internet connectivity to connect with the cloud storage. However, Storing files was the one aspect of this technology and there are several others. The technology of Cloud computing exists because of virtualization. Virtualization is the process of creating the virtual type of something like a computer, server, storage device etc. The technical term for that kind of device is Virtual Machine.

Day by day, from common consumers to business owners are adopting this technology because of the numerous benefits which we will see in this post later on. But like every other technology, it has its own set of advantages as well as disadvantages. So, now let’s talk about the types of Cloud Computing.

In this type of Cloud Computing, the platform is shared among the general public with the help of an internet connection. Or in other words, multiple users share the same storage at the same time. Public Cloud works based on the pay-as-per-use model and controlled by the cloud service provider. Examples of Public Cloud include IBM’s Blue Cloud, Amazon Elastic Compute Cloud (EC2), Microsoft Azure, Google Cloud and Sun Cloud.

Hybrid Cloud is nothing but the combination of Public Cloud as well as Private Cloud. In addition to that, in this type of Cloud, all the non-critical activities are carried out by the Public Cloud. And all the critical activities are carried out by the Private Cloud. Examples of Hybrid Cloud providers are Google, Microsoft, Amazon, Cisco and NetApp.

Also Read: What is Artificial Intelligence? Everything you need to know about AI

So now, as per service model ,Cloud Computing is divided into following:

Infrastructure as a Service ( IaaS ) :

IaaS or Infrastructure as a Service is also known by another name which is Hardware as a Service( HaaS ). In this users get a big advantage that he/she does not have to deal with the complexity of managing servers. Also, these resources can be easily scaled as per demand. Example of IaaS are DigitalOcean, Linode, Rackspace, Amazon Web Services (AWS), Cisco Metapod, Microsoft Azure and Google Compute Engine (GCE).

Platform as a Service (PaaS) :

PaaS generally delivers a framework upon which developers create, build and deploy their custom applications. In PaaS, the networking, storage and servers are managed by the firm, While the developers can maintain their apps. So the examples of PaaS are AWS Elastic Beanstalk, Windows Azure, Heroku, Force.com, Google App Engine, Apache Stratos and OpenShift.

Software as a Service (SaaS) :

Software as a Service or SaaS is also known as Cloud Application Services. Major SaaS applications directly run on the web browser and do not require downloading or installing anything on the client-side. SaaS uses an internet connection for the delivery of applications to its users. The most popular examples of SaaS are Google Workspace, Dropbox, Salesforce, Cisco WebEx, Concur and GoToMeeting.

In conclusion, we can say that cloud computing is emerging as the most powerful field of technology that is attracting both enterprises of all sizes, along with common consumers. Let me know what you think about this topic in the comments below. That’s all for this post. Thanks for Reading. 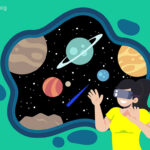 What is Virtual Reality? And Why People are curious about it
Next Article 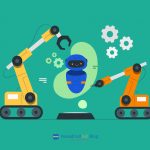 what is Robotics? And 5 ways it is helpful for us
Leave a comment