Earlier in this week Motorola has successfully expanded the Edge lineup in the global markets. In this Edge lineup there are three variants like Edge 30 Ultra, Edge 30 Fusion, and Edge 30 Neo. According to the company the news is confirmed that two of these models will be launched in India in the coming week. Enough talking let us focus on the details.

In an official tweet few days back, Motorola India has Finalized the launch of Edge 30 Ultra in India on September 13. Not only that, the Motorola Edge 30 Fusion will give tough competition to the premium smartphone competitors like Realme GT 2 and iQOO 9SE. Check the tweet below. 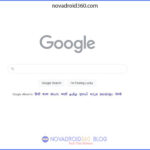 Why Google’s Logo is Grey in color today? Users are confused
Next Article