SpaceX internet service provider Starlink has become very popular in the recent months. We all have seen the slowdown of internet speed of the Starlink because of its huge sign-ups for the internet service. Despite of that, two major new initiatives were announced in the previous week.

Those initiatives include service in Iran as well as in U.S. school buses. In the former, the Starlink services will be activated in Iran after the U.S. government easing sanctions in order to provide internet access to the Iranians.

We took action today to advance Internet freedom and the free flow of information for the Iranian people, issuing a General License to provide them greater access to digital communications to counter the Iranian government’s censorship.

This step has been taken after the cutting off internet access by Iran government in the middle of protests that happened after death of Mahsa Amini. She was 22-year-old women and was detained by “morality” police of Iran. And died in the custody days later.

And the resulting protest has led Iran government to shut down the internet, Instagram as well as WhatsApp. Another thing worth mentioning here is that Starlink is ready to deliver internet access to school buses stateside. 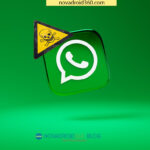 WhatsApp for Android phones had a critical Security Bug: Update it ASAP!
Leave a comment