The Tesla CEO, Elon Musk has sent a third notice to Twitter to end $44Billion deal. As per the latest letter submitted with the US Securities and Exchange Commission, the Musk’s legal team has pointed to the Twitter’s multi-million dollar dismissal wage given to the former security chief and whistleblower Peiter” Mudge” Zatko.

As per The Verge, the notice dispatched to the Vijaya Gadde who is currently Twitter’s chief legal officer. “On June 28, 2022, Twitter entered into a separation agreement with Peiter Zatko under which Twitter made severance payments to Zatko and his counsel totaling $7.75 million”, the notice said.

The Musk’s legal team specified this is yet another reason to bring the deal to end. Also, the other reason was that Twitter mislead Musk about the number of bots on its platform.Furthermore, the Tesla CEO is trying to get more time from the court to check out the Twitter trial, which is set for October 17, citing the Zatko’s upcoming testimony. 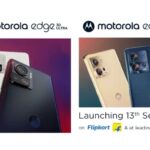 Motorola Edge 30 Ultra, Edge 30 Fusion Will Be Launched in India on September 13
Next Article